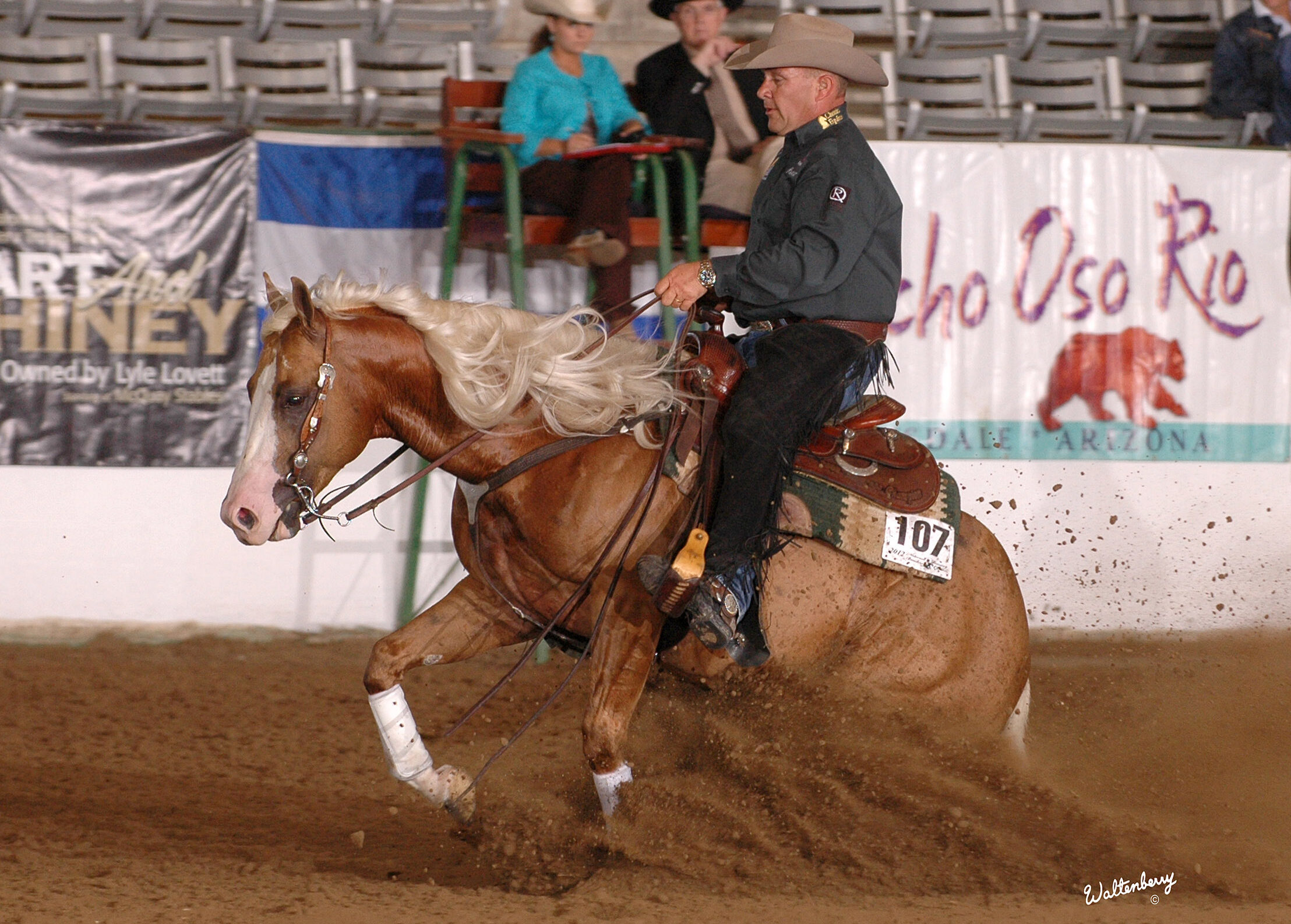 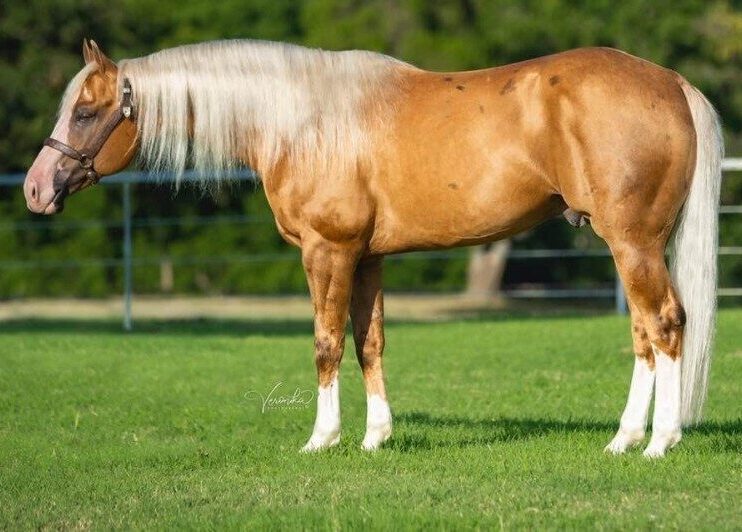 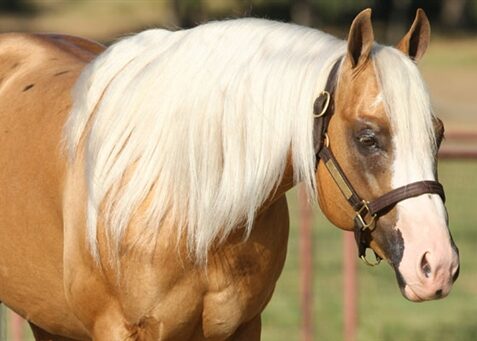 The handsome palomino stallion, sired by the incredible Smart Chic Olena out of Ebony Shines, has been a standout since his arrival at Shawn’s Springfield, OH training facility in the late summer of 2010.

In their first outing together at the 2010 Carolina Fall Classic, Flarida rode Shine Chic Shine, owned by Amabile & Strusiner, to a big score of 151.5 to win the Open Futurity. Just a few weeks later the duo won the first go round of the NRHA Open futurity and placed second in the second go. They headed to the finals with the highest composite score, but suffered some bobbles in the finals that kept them from the top spot.

“I always knew he was a good horse, but I was disappointed that we didn’t finish better at the futurity. I was determined to show everyone how good he really was and my first opportunity was the 2011 NRBC.” As the last draw of the Open NRBC finals, Shine Chic Shine tied for the lead with a 229.5. With just a short recovery period, Shine Chic Shine returned to the arena a posted a 231 to win the $75,000 first prize pay check. “The heart and courage this horse demonstrated tonight was incredible. I always knew it was there and I’m glad we got to show it everyone else tonight”, Shawn said after the run off for the win. Shine finished off his 2011 show season with a three way tie for the NRHA Derby Open reserve championship.

Shine Chic Shine came back to the NRBC in 2012 and finished fifth marking an impressive 229.5, but he had to try harder than most! “This horse never ceases to amaze me,” Flarida said. “Some where after our first stop and back up in the finals pattern, Shine lost his right hind slide plate. I didn’t know what was wrong when we went to stop, because he didn’t feel right and I was very concerned that he had hurt himself. I couldn’t believe how hard he tried!!! I was relieved when I found out it was a missing a slide plate, but disappointed that it hurt his performance in the finals. Once again, Shine proved that he is 100% heart!”

Smart Chic Olena wasn’t just an intelligent and athletic performer: He transferred those skills to his offspring as he became a leading sire in cutting, working cow horse and reining.

The sorrel stallion was foaled in 1985 on the B.F. Phillips Ranch in Frisco, Texas, where cutting trainer Bill Glass first laid eyes on the colt.

“I paid $25,000 for him – and this was during the recession – so I gambled on ‘Chic,’ but he never made me sorry for it,” Bill says. Bill broke Chic out himself as a 2-year-old for 90 days, then worked the colt on the ranch. Bill showed the horse at several AQHA cuttings to qualify him for the AQHA World Championship Show. The horse won about $38,000.

Then Chic injured a hock in a stall accident, and veterinarians couldn’t say whether he would be sound enough to show again. That’s when Texan Jim Babcock bought the stallion. The stallion’s hock healed, and Jim sent him to trainer Dell Bell.

The 19-year-old mare by Shining Spark out of Ebony Whiz (by Topsail Whiz) crossed the million-dollar threshold thanks to the combined efforts of Shine Spook Shine (by Smart Spook) and Warwick Schiller at Reining By The Bay, Smart Spook Shines (by Smart Spook) and Shauna Larcombe at One HOT Reining – HOT Summer Slide, as well as Hang Ten And Shine (by Hang Ten Surprize) and Rieky Young at the NRHA European Derby Open finals.