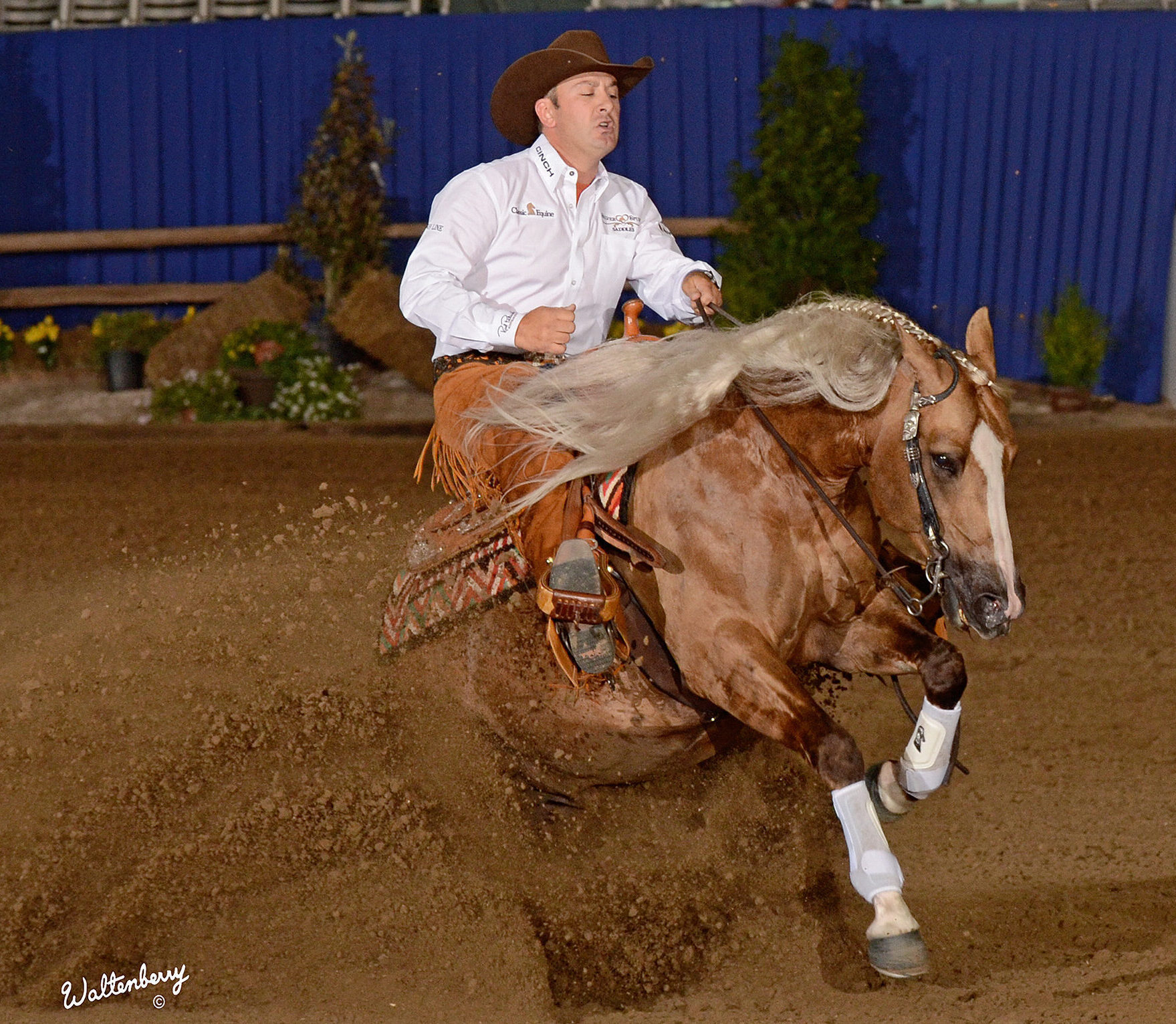 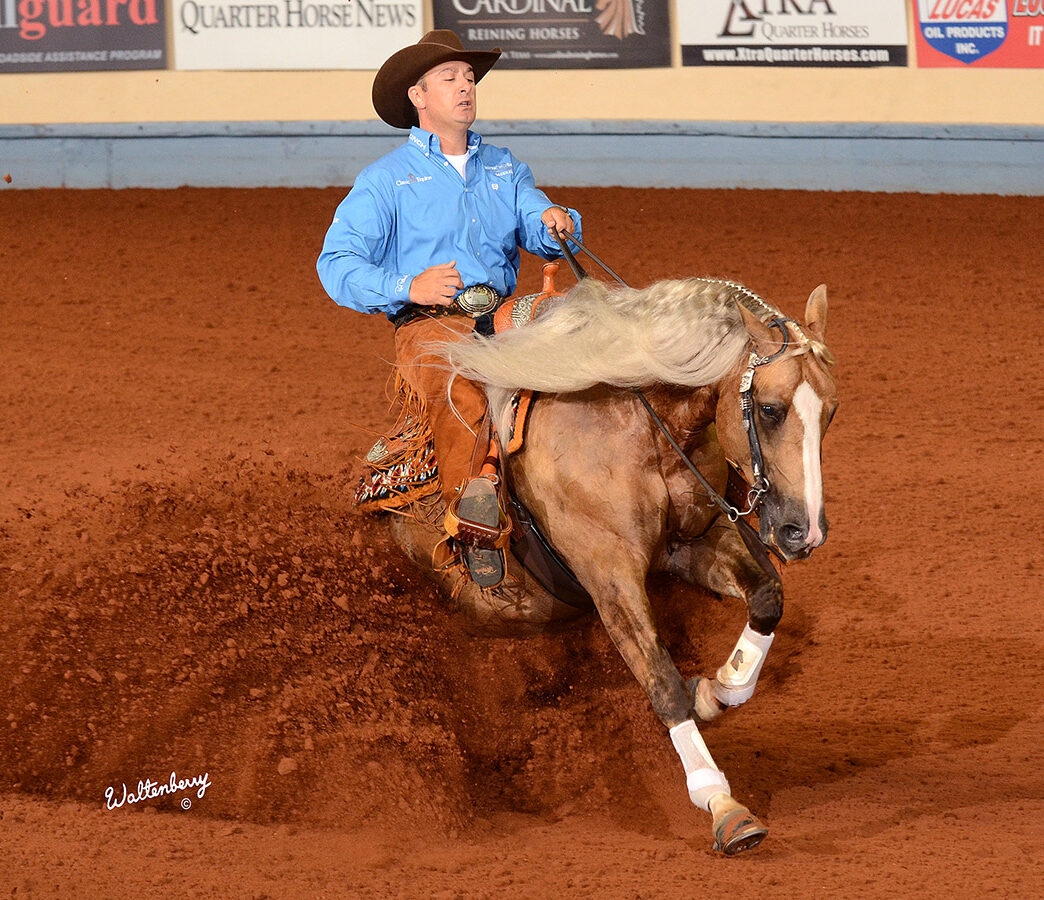 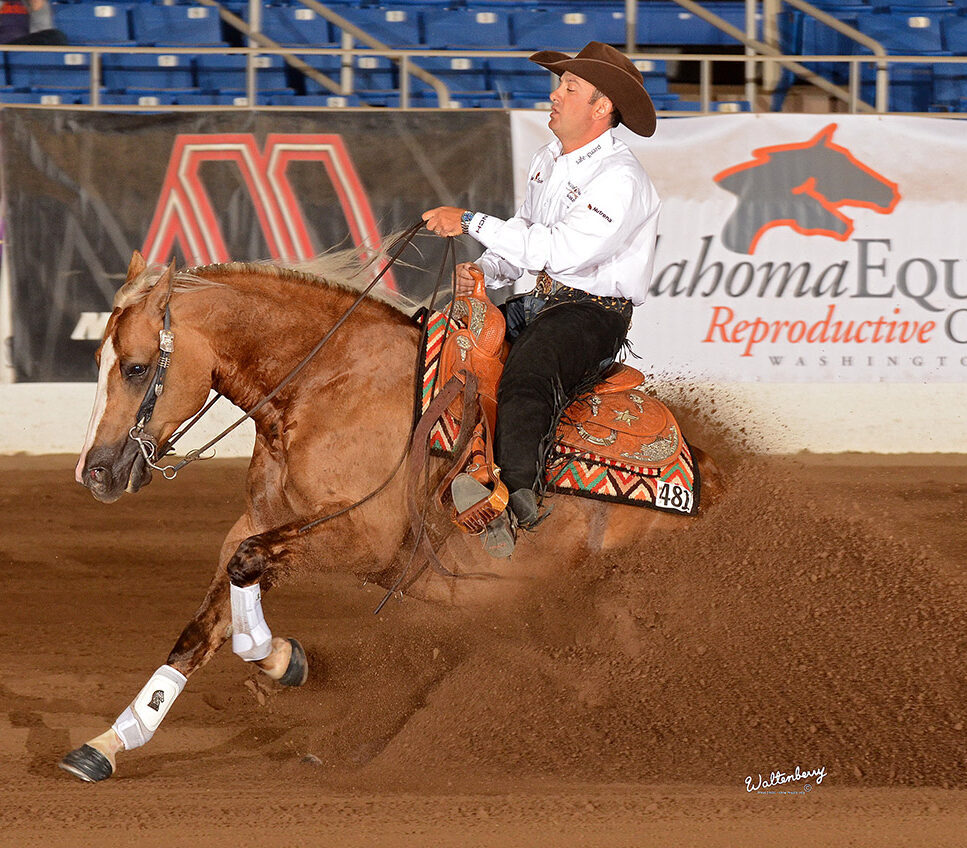 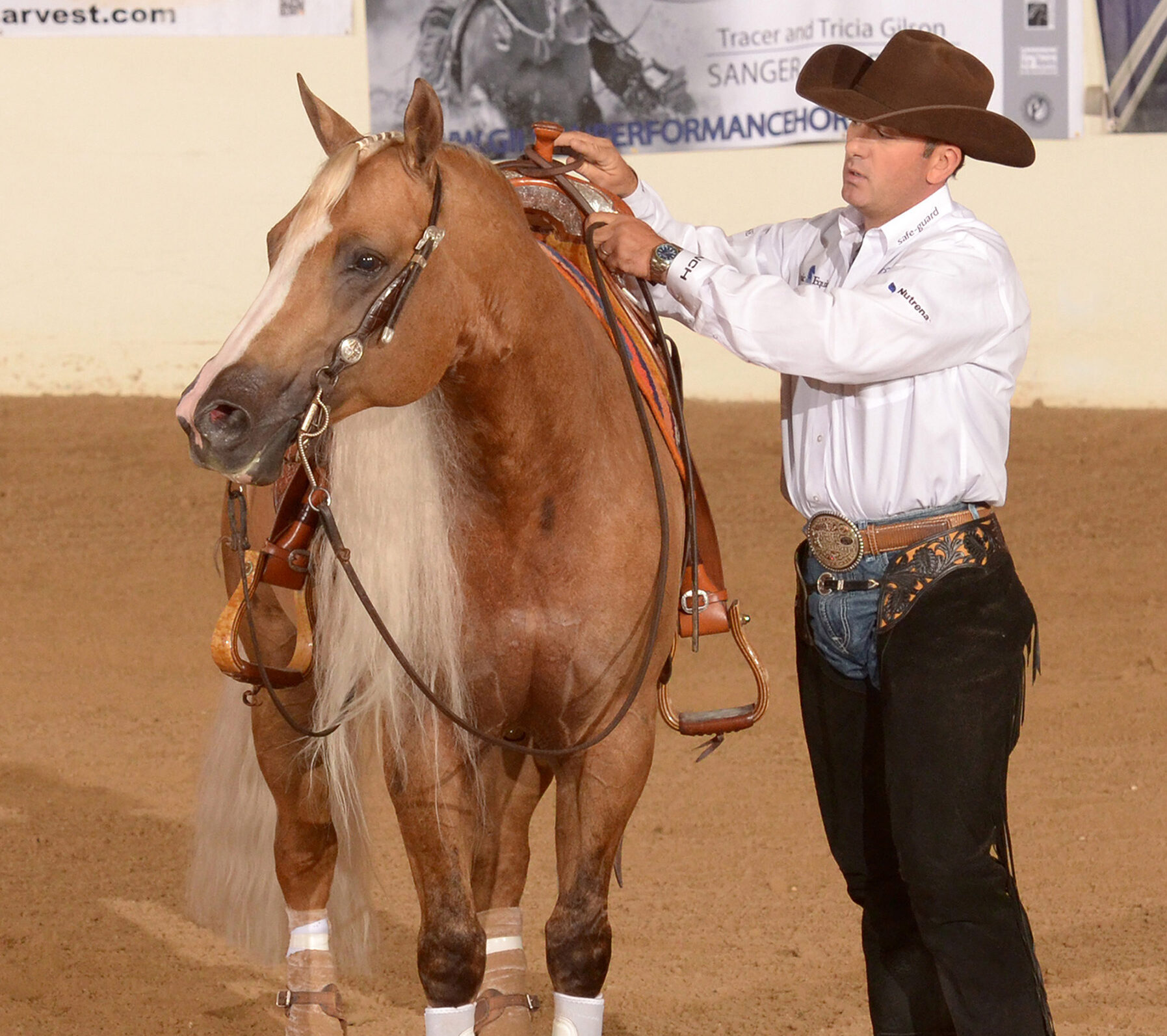 Platinum Vintage and Vintage GQ (out of LF Remelynx x Reminic) were both bred by Conner and his wife, Petra Conner. They are both sired by A Sparkling Vintage ($54,164), who was the 2001 National Reining Breeders Classic (NRBC) Level 3 Open Champion under Ruben Vandorp.

Starjac Miss is the dam of Platinum Vintage. She is an unshown mare bred by Sally Brown and currently owned by the Conners. Her offspring have earned $210,861, with Platinum Vintage her No. 1 earner. His full brother Vintage Glamour ($39,379) is Starjac Miss’ second-leading earner. Conner and Vintage Glamour were the 2015 High Roller Reining Classic Derby Level 2 Non-Pro Champions.

The pedigree of Starjac Miss is a great example of the Hollywood Jac 86/Great Pine cross that has served the reining industry so well. Her sire, Hollywood Jac 86, was a two-time NRHA Non-Pro World Champion in 1974 and 1975 ridden by Richard Greenberg. Hollywood Jac 86 was the NRHA’s first Million Dollar Sire. He is by Easter King (King P-234 x Gocha H x Cuate) and out of Miss Hollywood (Hollywood Gold x Miss Buggins 86 x Buggins [TB]).

The dam of Starjac Miss is A Great Star, an unshown daughter of Great Pine. A Great Star is the dam of foals that have earned $119,143, according to Equi-Stat. Her leading money-earner is Stars Fancy Jac ($89,061), the 1992 NRHA Futurity Open Reserve Champion.