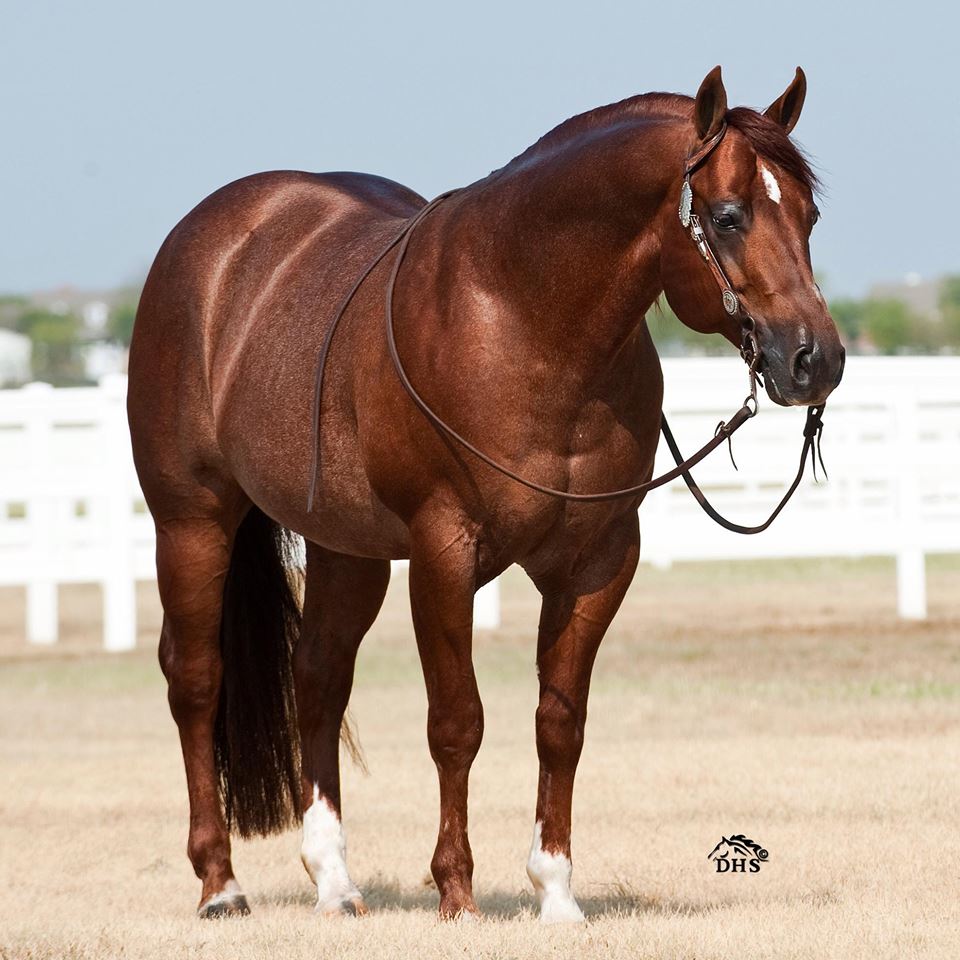 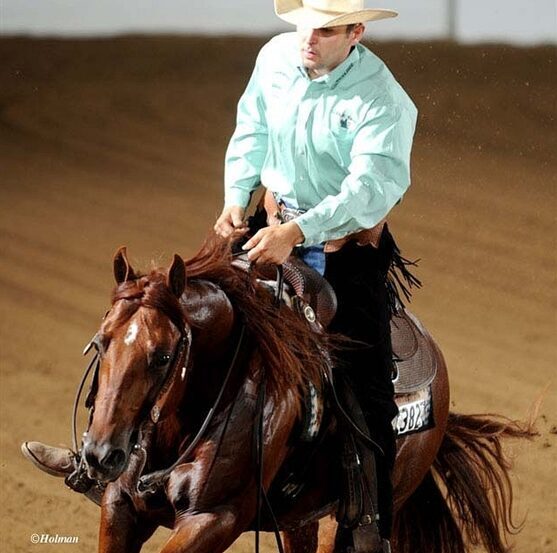 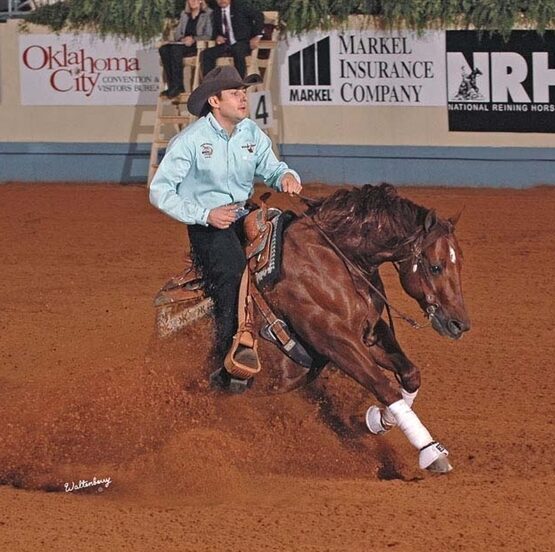 If you’re thinking about what Stallion to choose for your special mare take a moment to consider Electric Code… Electric Code’s phenomenal talent, competitiveness & consistency secured him a place at the top of the industry; No. 1 Reining Horse All Ages/All Divisions and highest scoring stallion at the NRHA Futurity in 2008! His balanced conformation and incredible intelligence combined with a legendary pedigree make “Cody” a promising and versatile sire.

The late stallion Jacs Electric Spark continues to have offspring that excel in the show pen. After his offsprings’ success during the 2016 All American Quarter Horse Congress, Jacs Electric Spark has become the newest National Reining Horse Association (NRHA) Three Million Dollar Sire. Collectively, his offspring won an estimated $5,720 during the 50th Anniversary event. This achievement unofficially made him the 13th stallion to reach this remarkable milestone.

Hot Coded Candy, producer of offspring earning over $333,000 in NRHA events, passed away in her sleep at Cinder Lakes Ranch in Valley View, Texas.

Born in 1991, the sorrel mare was by The Hot Express and out of Candid Cody. She was bred by Perry Corder of Crockett, Texas. Her most recent owner was Sally Ress of Evergreen, Colorado.

During “Candy’s” show career, she and NRHA Hall of Fame inductee and Million Dollar Rider Mandy McCutcheon placed fourth in the NRHA Non Pro Futurity after winning the first and second go-rounds and were Futurity Finalists in 1994. Her total NRHA Lifetime Earnings were $15,347.

She was then retired to the breeding shed where she produced foals by NRHA Hall of Fame inductees and Multi-Million Dollar Sires such as Hollywood Dun It, Smart Chic Olena, Whizkey N Diamonds, Wimpys Little Step, Jacs Electric Spark, Shining Spark and Smart Starbuck. With six money earning offspring, they have collectively won over $333,725 at NRHA events.

Her most notable offspring is the 2005 sorrel stallion Electric Code by the late Million Dollar Sire Jacs Electric Spark with earnings totaling $204,317. Owned by L and D Partnership, the stallion proved to be a successful cross between Candy and Jacs Electric Spark. At the 2008 NRHA Futurity, NRHA Professional Jared Leclair rode the stallion to a third place finish in the L4 Open division and captured the championship title in the L3 open division bringing home a total of $127,489. Leclair and the stallion then went on to be successful derby competitors capturing multiple Top 10 finishes and more open championships. With his first foal crop being eligible to compete in 2014, the legacy will continue.